"According to the recently revised transition concept of the EBRD, a well-functioning market economy should be well-governed, resilient, competitive, inclusive, green and integrated."
Jelena Madir 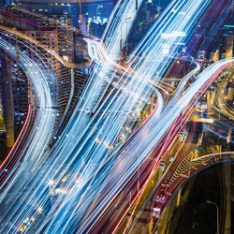 Since 2015, development organisations and donors have been relying on a new tool to guide their activity: the Sustainable Development Goals (SDGs), spearheaded by the United Nations (UN) and global civil society. For organisations working on law reform advocacy, these principles are arguably superior to their predecessor, the Millennium Development Goals adopted in 2000, in that they introduce a clear reference to the “legal” dimension of development assistance. SDG 16 makes access to justice and accountable institutions pre-requisites of economic prosperity. This welcome addition enshrines the correlation between law reform and economic development, which many, including the EBRD, have advocated for decades.

There is no doubt that the introduction of a legal dimension into the SDGs has its roots in the 2008-09 global financial crisis and the resulting realisation, finally, of the importance of sound legal institutions if we are to ensure sustainable development.

If we look more closely at SDG 16, it is clear that its scope must be construed to encompass commercial law, notwithstanding the prominence given to criminal justice in some of the UN’s detailed targets. Without sound legal rules for economic activity, governed and enforced by effective, accountable and transparent institutions (SDG 16, target 6), the international community will be unable to build equal opportunities for all or to improve the sustainability of our ever-increasing consumption.

The EBRD’s Legal Transition Programme aims to create a better, more predictable legal environment for investment in the Bank’s countries of operations and is therefore directly aligned with SDG 16. For 20 years, our programme has continually and relentlessly advocated better legislative and regulatory frameworks for economic activity, built capacity in state structures and judiciaries handling commercial matters, and disseminated lessons learned to policy-makers. This issue of Law in transition offers a snapshot of the Bank’s law reform projects focusing on the investment climate and anti-corruption.

During 2016, political and economic challenges have persisted across central and eastern Europe, Central Asia and the southern and eastern Mediterranean countries where the EBRD operates (Egypt, Jordan, Morocco and Tunisia). Governments in these countries have continued to respond with a variety of approaches. On balance, policy responses have remained positive, with some pursuing ambitious reform objectives. This has translated into a number of legislative and institutional reforms in the commercial sphere, including the cases reported in this year’s edition of our journal.

I wish you an instructive and inspiring read!

This issue of Law in transition offers a snapshot of the Bank’s law reform projects focusing on the investment climate and anti-corruption. 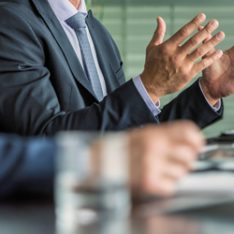 From grassroots activists helping to build a new public procurement system in Ukraine to prime ministers chairing investment councils in the Caucasus and Central Asia, this edition of Law in transition celebrates the contribution that all sections of society make to legal reforms to improve citizens’ daily lives.

In addition to civil society organisations and heads of government, other actors such as private businesses, lawyers, regulators, policy-makers, experts, donors and international institutions – including the EBRD – are collaborating to shape a modern legal and regulatory landscape in the countries where the Bank invests.

What does that landscape look like? According to the recently revised transition concept of the EBRD, a well-functioning market economy should be well-governed, resilient, competitive, inclusive, green and integrated. The legal reform projects described in this journal help countries to develop all of these qualities – either through changes to their laws and regulatory frameworks or through diagnostic work that prepares the ground for such changes. Let us take a closer look at which article relates to each quality.

A major focus of the Bank’s legal and regulatory reform efforts is strengthening public and corporate governance. Transforming the way contracting authorities in Ukraine purchase goods and services and assisting companies and regulators to adopt internationally recognised standards of corporate governance are two ways in which the EBRD works towards this goal.

Support for investment councils that foster dialogue between the public and private sectors and expose economic policy-making to greater public scrutiny is another. Multilateral development banks create incentives for businesses to eschew corrupt practices through their joint approach in barring companies from doing business with them.

Nearly a decade after the 2008 financial crisis, countries in the EBRD region continue to feel its effects and building these economies’ resilience to possible future shocks is a priority for the Bank. The EBRD supports this effort by working to remove obstacles to the resolution of non-performing loans, which are a huge issue in emerging Europe, or by fostering the wider use of derivatives, which contribute to the growth of a more diverse and sustainable financial sector.

With its strong emphasis on the private sector, the EBRD strives to make economies in the region more competitive. Promoting alternative forms of dispute resolution, such as mediation, supports this endeavour by freeing up time and resources companies might otherwise spend on court cases. Unlike time spent in court, mediation promotes gender equality by allowing participants to tailor the process around their commitments, which is particularly important for women entrepreneurs who often have childcare duties.

Countries that have harnessed the full potential of the digital and mobile technology revolution will fare better in a globalised economy. Adopting the right legal and regulatory framework for the information and communications technology sector is a vital part of this evolution. It is also crucial for ensuring that the knowledge economy includes people from across society.

Combating global warming is an increasingly urgent task. At the UN climate conference in Paris in 2015, nearly 200 governments pledged to support the fight, but many have legal frameworks that restrict private investment in green technology. An assessment of the frameworks of three EBRD countries of operations is a significant step forward in helping them meet their commitments under the Paris accord.

The last quality of a healthy market economy – being integrated  – is served by legal reform work that facilitates the use of public-private partnerships (PPPs) for major infrastructure projects. Assessing the latest international trends in PPP legislation is a prerequisite to engaging in this exercise.

The EBRD would not be able to conduct any legal reform activities without the generous support of donor governments who fund technical assistance projects. Luxembourg is a steadfast ally in the promotion of financial law reform in the Bank’s countries of operations and its unswerving commitment is the subject of one of the articles in this journal.

Thank you for taking the time to explore this edition of Law in transition. I sincerely hope that you find it as enjoyable and rewarding to read as it was to produce and look forward to hearing any comments you may wish to share.

According to the recently revised transition concept of the EBRD, a well-functioning market economy should be well-governed, resilient, competitive, inclusive, green and integrated.

Making good corporate governance a reality in the EBRD region